The Next Great Adventure 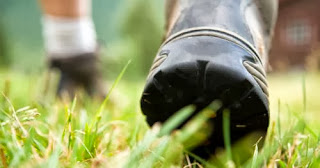 Wokingham
That's right, Wokingham. For those of you that don't know, it's a small town in Berkshire, between Reading and Bracknell.
Inspired by Alastair Humphreys who has shown on several occasions that you do not need to travel thousands of miles from home to have an adventure, I'm going to travel under my own steam, or walk if you prefer, around the boundary of Wokingham Borough Council. It will be a 55 mile walk, more than likely a sleep under the stars, I'll cook my own food on my own little stove and be self sufficient for all of 48 hours. Now at a push I could actually do all of this in one go. But why? What's the rush? I'm going to take it easy, stop and chat to some of the 'natives' I may even make use of a wild watering hole along the way (aka Pub) If anyone wants to join me along the way, why not. OK so if I pop in to a pub along the way, or a coffee shop maybe, then this trek is not an unsupported trek, but so what.
People can join me too, so I'll not be 'solo' either, not a problem, it's still an adventure. Non-Stop? Pfft whatever. My point is, I will actually be 'out there' doing something I find enjoyable. Time spent in planning this trip is... well it's taken me about 30 minutes to look up the map of Wokingham and type this little blog. Cost so far is bugger-all. So it's not an expensive adventure. Nobody said adventure has to cost the Earth.

HOW DID IT ALL START?
Now being a keen walker, I decided to go for a walk around Wokingham to give me something to do one day. Trouble is, when it comes to towns, Wokingham is not exactly a behemoth, and this took me about 45 minutes. Not what you might call an adventure or a massive achievement by any stretch of the imagination. "I need to broaden my horizons" I said to myself, out loud, much to the amusement of a couple of passing hoodies. both aged about 13 at a push."What I need is a map of Wokingham Council" that way I could follow the boundary and encircle the entire Borough. Damn, I'm good. Now it just so happens that Wokingham Borough Council have already produced a map of the Borough so I thought I'd Google it. Imagine my delight when I see, a little way down the list, there's a link to The Wokingham Way. Yep, some nice guys from the Ramblers have actually sat down, or rather, stood up and walked, and sorted out a route around the entire borough. Once again, all my planning has been done for me, sweet. The Wokingham Way even has entire pages on the world wide web dedicated to it. There is of course the Loddon Valley Ramblers page, where you can find not only a map of the route, but section by section guides to follow, each with its own little map. Each section is a walk on it's own (for normal people), covering between 4 and 7 miles. Great stuff if you only have an afternoon stroll, or a Sunday hike in mind. Add them all up and you have a route that covers the boundary of Wokingham Borough Council and around 55 miles. Starting at Madejski Stadium (mainly cos it's near me and I've been there before a few times) I will head North to Thames Valley Business Park, through the heart of Reading. Then onwards and further North to Shiplake Station following the Thames Path. I'll keep going all the way to Henley-on-Thames and Mill End. This is where I turn back South towards Knowl Hill, passing Medmenham Abbey where I leave the Thames Path. Still heading South through Waltham St Lawrence and on to Shurlock Row just North of the M4. Further South still and through Billingbear Park, Binfield, Popeswood and Coppid Beech. Seriously, you couldn't make these names up! Then I'll find myself in Bracknell Forest which was once part of the Royal Forest of Windsor. and all the way down to Crowthorne where I scoot quickly around Broodmoor Hospital so as not to be invited in, and along to Wellington College. This is as far South as I'll ever be on this trek. I am now heading West along the banks of the River Blackwater passing Eversley on the way to Bramshill Plantation. Still West along the edge of Wellington Country Park and under the A33 which is where i head back North to Swallowfield and Beech Hill. I've walked 50 miles now and the end is in sight. Just a 5 mile stroll along the A33 to Spencers Wood , over Junction 11of the M4 and I should now see The Home of The Royals. (No, not Buckingham Palace) I'm back at Madejski Stadium.
WHEN?
Last week in October. Half Term if you have, or indeed are children in school. I shall be setting off around 9 ish on Monday 28th October.
WHO FOR?
I'm not doing for anyone other than myself, but if any of you decide I'm worthy of support in my unsupported adventure, then feel free to visit this place. http://www.justgiving.com/Franglais

Right I have to pop into the Big Smoke (London) for a bit so I'm going to post this now and may continue later. But before I go I'd like to give someone a mention. Dave Cornthwaite There done it.
He's another inspiration and a "YES" man.

I'm back, OK OK I've been back ages but I thought it was time to update this little opus. So here goes. Dave Cornthwaite, the guy I gave a quick mention to earlier. You may be wondering why, so here goes, blimey I said 'so here goes' three times now, poor English but hey, shoot me. I was reading his book Life in the Slow Lane, (an excellent read if I may say so Dave), and it got me thinking that I should do more fun stuff. Because I can mostly. But I'm busy with Beyond, not an excuse I know. Mr Humphreys will tell you. I could finish work, go on a micro-adventure, wash in a river and be back at work before 9a.m. the next day. But when I do something I like to get my teeth into it, do something a bit different. Can I take a couple of days off? "YES" Follow +Dave Cornthwaite here or on twitter or even facebook and you will not have to wait long before he says "YES"

So walk around Wokingham, will it be fun, can I do it, can anyone join me? YES, yes and yes again. get in touch if you want to know more, or join in.

If you think this last bit of text looked a bit hurried, it's because I'm being attacked by three ruddy great dogs who want feeding, and a wife who won't touch tripe. That reminds me, I better get them something the Mrs can handle when I'm away enjoying The Wokingham Way.