What can I say? Thank You is a good place to start I guess. I used Survey Monkey to ask a few simple questions about what people thought a First Aid provider should wear. The problem is, I've worked for a few independent companies over the years and the image says a lot about what people expect from you. A few examples I could tell you are as follows.
Green trousers does not a Paramedic make!
I was wearing a nice all green number and leaning on the side of an ambulance one day, not transporting anyone, but using it as a first aid base on wheels. This nice lady comes up to me and starts waffling on about how she wishes she was a paramedic rather than worked in a famous DIY store. "Do you use drugs and stuff?" she says. Well, not me personally, I don't even like taking paracetamol for a head ache. (That's acetaminophen to my friends out west). "I'm not a paramedic miss" "So who's ambulance is this then?" she says, looking quite angry, "and why are you dressed like one?" she continues. Give me strength.
"Where's the medics?"
At the other end of the scale, another company I have worked for quite a bit is more casual in their approach to uniform, in fact, apart from hi-viz bomber jackets, they don't do uniform at all. Most if not all of us were/are still in the forces so we still looked semi-respectable with cargo type trousers, clean t-shirts or polo shirts, some had the give away boots-combat-high or Magnums. So picture the scene, a guy has a bit of a spin on the rugby pitch, possible neck injury. Not good, but we all knew what to do. I had the guy's head in my hands, his airway was good, etc etc. There was another member of staff doing a secondary survey and the paperwork, and yet another talking to the on-call Doc. Now it was a blazing hot day, so all the Hi-Viz had been binned. We were still quite clearly the first aid team as we were all stood around with radios and kit bags big enough for the whole of the 1st team to get in. Then the Air Ambulance shows up. Everyone else had been shifted out of the way (no spectator sport here) so it was 'The Team' the rugby player, his Dad and the Doctor. Big man in an orange jumpsuit comes up to us and says. "Where are all the medics?" "Who's in charge here?" at which point, four of us shout "I AM!"
Frightening Monster
One comment I got from my survey brought back memories. I was on a first aid course a few years ago and the instructor was terrible. He was ex Army (I'm ashamed to say, because I am) and he thought he was a Regimental Sergeant Major in an elite fighting unit . He was dressed in combats, not trousers with loads of useful pockets but combats. Multi-coloured, disruptive pattern combats. He shouted commands at people, and everyone thought they were getting a debrief after an invasion, not learning first aid. He was however very good at reading what was on the power point slides... :o(

What did I ask people then? Well, you can still take part and let me know your views by going here
but the story so far is this...
So... Starting in July, Beyond First Aid staff may look like this. 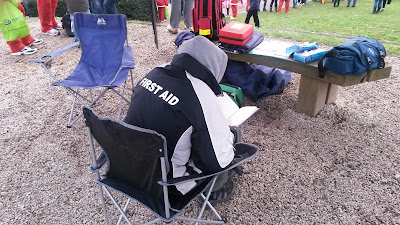 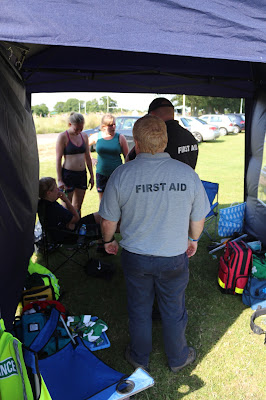 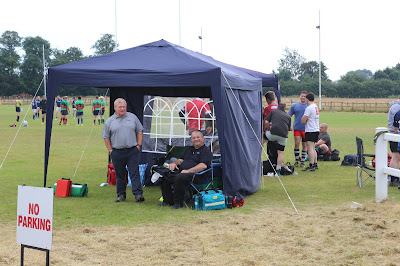